What makes us stand out

Our resturant features top class shefs from round the globe. You can also watch them prepare your meal We have our ingridients grown natually or flown over by plane. We make sure the food is worth the trip. 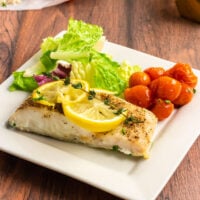 Our chefs use the recipes of the best chefs in history. Our recipes are so secret, we keep them in a vault.

Meze is a selection of small plates served alongside drinks or as appetizers in countries like Greece and Turkey. Popular meze dishes include babaganoush, falafel, hummus, tabbouleh and halloumi cheese, but these can vary by region.

A canapé is a type of hors d'oeuvre, a small, prepared, and often decorative food, consisting of a small piece of bread, puff pastry, or a cracker wrapped or topped with some savoury food, held in the fingers and often eaten in one bite.

Antipasto is the traditional first course of a formal Italian meal. Usually made of bite-size small portions and served on a platter from which everyone serves themselves, the purpose of antipasti is to stimulate the appetite.

Tortellini are pasta originally from the Italian region of Emilia. Traditionally they are stuffed with a mix of meat, Parmigiano Reggiano cheese, egg and nutmeg and served in capon broth. In the area of origin they are usually sold fresh or home-made.

Beef Wellington is a nice cut of meat, usually a fillet steak, beef tenderloin or filet mignon. It is the center cut portion of the meat that is known to be the most tender and juicy part of the cow. This decadent meat is sometimes on the pricy side and is made for special occasions or holidays.

Fish and chips is a popular hot dish consisting of fried fish in crispy batter, served with chips. The dish originated in England, where these two components had been introduced from separate immigrant cultures; it is not known who created the culinary fusion that became the emblematic British meal.

kirt or Flank Steak served with onions and colorful bell pepper strips and the traditional flour tortillas for the best sizzling dinner in minutes! A fajita in Tex-Mex and Mexican cuisine is any grilled meat that is usually served as a taco on a flour or corn tortilla.

A steak, also sometimes called "beef steak", is a meat generally sliced across the muscle fibers, potentially including a bone. It is normally grilled, though it can also be pan-fried. Steak can also be cooked in sauce, such as in steak and kidney pie, or minced and formed into patties, such as hamburgers.

A macaroon is a small cake or biscuit, typically made from ground almonds, coconut or other nuts, with sugar and sometimes flavourings, food colouring, glacé cherries, jam or a chocolate coating; or a combination of these or other ingredients. Some recipes use sweetened condensed milk.

A Boston cream pie is a cake with a cream filling. The dessert acquired its name when cakes and pies were cooked in the same pans, and the words were used interchangeably. In the late 19th century, this type of cake was variously called a "cream pie", a "chocolate cream pie", or a "custard cake".

A sundae is an ice cream dessert of American origin that typically consists of one or more scoops of ice cream topped with sauce or syrup and in some cases other toppings such as: sprinkles, whipped cream, marshmallows, peanuts, maraschino cherries, or other fruits.

Pudding is a type of food that can be either a dessert or a savoury (salty or spicy) dish that is part of the main meal.

A soft drink that is a drink that usually contains water (often carbonated), a sweetener, and a natural and/or artificial flavoring. The sweetener may be a sugar, high-fructose corn syrup, fruit juice, a sugar substitute (in the case of diet drinks), or some combination of these.

Water, a substance composed of the chemical elements hydrogen and oxygen and existing in gaseous, liquid, and solid states. It is one of the most plentiful and essential of compounds. A tasteless and odourless liquid at room temperature, it has the important ability to dissolve many other substances.

a hot drink made from the roasted and ground seeds (coffee beans) of a tropical shrub.

A type of Indian tea, made especially by boiling the tea leaves with milk, sugar, and cardamom.